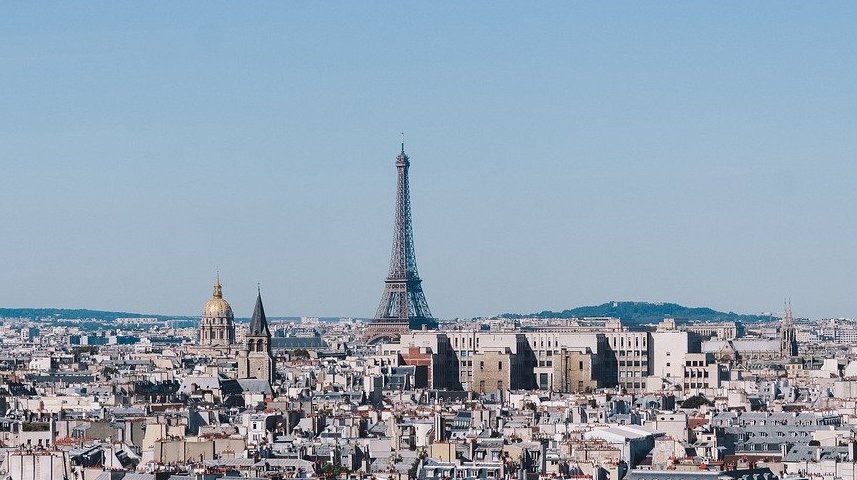 A friend told me about Emily in Paris, a Netflix series she thought I’d like.

Apparently, there’s been a great deal of debate on how everything about this series relies on stereotypes.

It’s true, it is very far from reality!

So are many great French films !

But the series does bring out something important: French people and Americans have very different ways of seeing and believing certain things.

The story is basically about an American girl from Chicago who moves to Paris for her job. Except she doesn’t speak French and can’t figure out certain habits french people live by.

She needs to adapt, learn, and understand a completely different culture. And the french need to understand her as well – because they work together.

Each episode is full of french clichés and stereotypes about french people and their habits – actually quite funny at times.

Here’s the official trailer from Netflix

Yes, some of those clichés are true.. while others are blatant stereotypes that need clarifying!

Is it true that learning french is hard?

When to use Le or La, for example, as some nouns are masculine but have a LA in front and vice versa!

I teach french through conversation and can confirm that french is hard to learn without practice,

It’s not a cliché at all.

If you don’t practice often, learning any language, but specifically french can take time.

Between the masculine/ feminine and words with more letters than how it sounds plus verb tenses, silent letters, and so on – french can be tricky to learn.

Do french people really spend all their time at a terrace cafe?

That’s a half cliché. Only accurate some of the time.

But it’s not uncommon to stop at a cafe before work for a quick coffee, or on a lunch break for a plat du jour, or after work for happy hour and, of course, on weekends to get together with a few friends and catch up.

If you’re on vacation in Paris, then you can do all of the above and chill out as you people watch.

And if you come to Nice, you can do it all over again and take all the time you need at some great cafes!

Are the french people arrogant?

Well, yes and no. But probably yes.

France’s rich history gives the french people a sense of entitlement. So sometimes, they may come off as superior or have a know-it-all attitude.

For example, In America, the customer is always right! No matter what you want or don’t want, customer service is in your favor.

In France, it’s a little different…

If you’re an unhappy customer, well, according to French people, you just don’t understand the way things should be! Haha happens a lot.

For example, if you go to a restaurant and ask for specific changes on your order, you’ll probably get “that look” that says you have no taste.

Or suppose you go to a shop and start trying on every size and color undecided. In that case, the saleslady will whip out her arrogant attitude, try to make you feel bad, and let you know she’s aggravated.

Do the French people fear that Americans have better systems and ideas?

Is this a french cliche, or is it true? “Americans live to work, and french people work to live”?

At one point in the series, a guy who works in Emily’s office tells her that his coworkers are afraid of her American working ways. This shocks Emily because she loves and lives for her job.

Of course, French people may enjoy what they do for work, which is an added bonus, but their personal life takes first place. Most french won’t sacrifice their family or personal projects for a boss or a company. This isn’t always true for Americans.

If by chance the french people did admire something in the American culture, they’d probably never admit it.

Supposedly the French do everything better!

Is it true that French people have incredibly long lunches while at work?

Still, so many people believe that french people sit all day at a terrasse cafe with a glass of wine in one hand and a lover in the other.

Unless work involves wooing clients over a long lunch, most french people follow regular working hours. And most times it means grabbing a quick sandwich versus sitting for a real lunch.

However, they do enjoy a good meal and take their time over dinner and weekends with friends or family.

Are elevators missing from most buildings in France?

That’s just how they were built hundreds of years ago.

Emily’s building has no elevator, and she lives on the very top floor. Contrary to what an American may imagine, the top floor has a series of very tiny rooms called chambre de bonne.

Translated, it means the housekeeper’s room. These tiny rooms (for sure not as big as Emily’s room) have a shared bath at the end of the hall. Of course no elevator, but the view from the small window makes up for that.

However, in today’s market, these rooms now cost a fortune. Like everything else in the capital.

Do all french men flirt?

No, obviously not all.

But the french stereotype of all men being flirts sticks to them like glue.

Yes, most men, married or not, like to flirt. They enjoy the seduction game.

Unfortunately, they sometimes trespass the fine line between being friendly and laying it on too thick.

But that happens in a lot of places! So if you’re a girl, have some good bail out options lined up.

Do all French people wear berets and carry a baguette under their arm all day?

Noooo. The beret was the symbol of the french resistance and those who fought for France during the war.

It’s also part of the traditional wear in the southwest part of France. And of course, later it became a fashionable item.

But fashion changes. And today, although some people still wear them of course, it’s not the majority.

And yet, ask any American what symbolizes France, and you’ll find the beret and the baguette definitely on the list!

And as for the baguette…

Well, yes, most french people buy their baguette on their way home from work and weekends. But no, they don’t carry it under their arm.


So what to think of this series?

Although I laughed when watching Emily in Paris. I have to say it again – the series really doesn’t represent reality. But we already knew that, right?

On the one hand, movies and series that portray the french people in the same way repeatedly do a disservice to future visitors, who may believe the cliches to be true.

This particular series, like many other light-hearted movies, completely ignore the reality of strikes, of inequality, and the struggles french people go through for basic recognition.

On the other hand, a movie about the city’s chaotic construction work, crowded public transportation rarely on time, or worse, not functioning because of strikes. Plus pollution. Or aggressive people who make comments on how you’re dressed. Or pickpockets following you because of that watch on your wrist – even if it’s not a real one… then that movie would probably be called a documentary, right?

When you’re looking to watch something very light to clear your mind, you probably won’t go for a documentary on the reality of Paris – or anywhere else for that matter.

Through this series, you see Paris the romantic with the nostalgia of days gone by weaved in here and there.

Have a good laugh 🙂

If you can accept that a series or movie serves other purposes than to depict reality, then Emily in Paris is fine to watch. It’s a fun chick flick for a weekend laugh.

Especially in these trying times, people need and want to escape reality, not have their nose rubbed in it, right?

And it can also help your french (which is how all this started)! So don’t get sidetracked. 🙂

Don’t miss out! Get your free french tips! 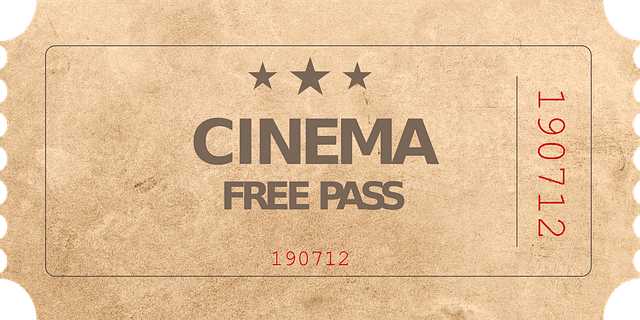 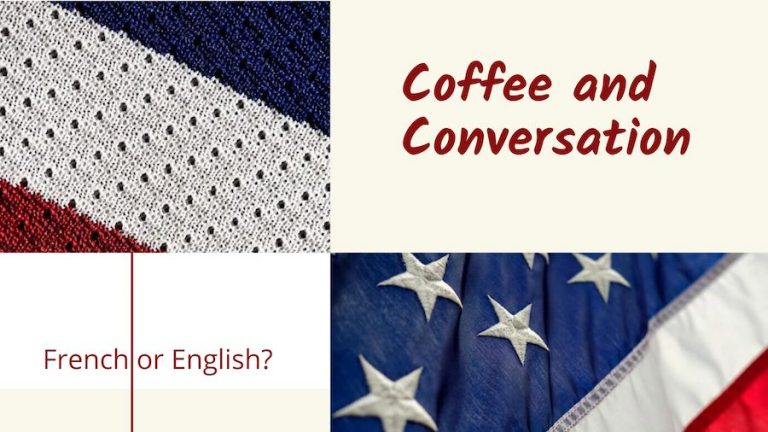 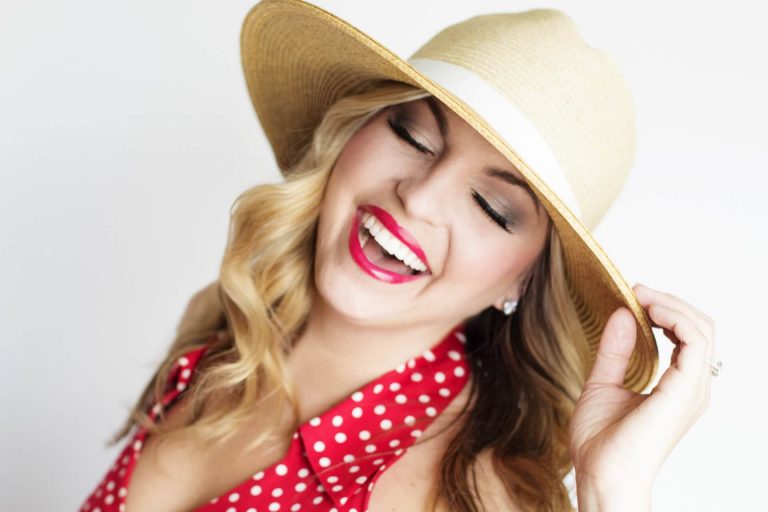